Want to lose a few pounds?  Me too, on and off since 1985.  I am, and likely to always be, under construction.

I’ve tried lots of diets – Weight Watchers, Slimming World, Cabbage Soup, 5:2, Atkins – you name it I’ve given it a go.   Some have been successful and I’ve kept the weight off for a few years, others haven’t and I’ve packed it in and carried on torturing myself.

So I was delighted to hear about Joe Wicks, aka The Body Coach.  If you are on Instagram and you’re looking for inspiration to live a healthier, fitter, leaner life you can’t really miss him.  Since appearing on Saturday Kitchen last spring, he has had a meteoric rise to icon status and I believe he’s the fastest growing fitness guru in the UK, with 478,000 followers (and counting) on Instagram, with around 10,000 signing up weekly to get a bit of the action.

His Instagram feed is full of fun, short videos of super quick, healthy meals and workouts that look tough, but are over before you know it, and the results, well, just take a look. It helps that he’s easy-on-the-eye and if you need further motivation that his method works, there is a limitless stream of before and after shots featuring gloriously satisfied clients with gob-smacking results.

The plan sounds perfect –eat more, exercise less – and you’ll lose weight fast.  So, after stalking Joe’s Instagram feed for a few weeks I dived in and signed up for the 90 Day Shift, Shape and Sustain Plan.  It costs £147 and yes I did hover over the submit button for a few minutes, but that stream of dreams realised was too damn good to ignore. 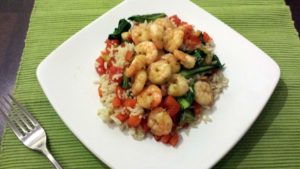 By the time I signed up online there were thousands in the queue ahead of me, so I was under no illusion that Joe didn’t read my form and get his calculator out to do the math of how many calories I could eat before the pounds started to drop off, someone else had a look at my poor eating habits and pictures of me in a bikini.  Yes, you have to send in two ‘before’ photographs of yourself, front-facing and side on, in your underwear or a bikini.  SP found this most amusing, I, not so much!

The plan is broken down into three cycles.  I don’t know what cycles two and three involve as I haven’t got off cycle one yet.  I signed up in June, e-hem, but each cycle should take four weeks to complete.

To be honest when I received my plan I was disappointed.  At 98 pages long it wasn’t starting out as much of a quick fix and I realised there was some serious studying ahead.  I grabbed a bar chocolate and took up a comfy position on the sofa.

Here’s what I learned.  The principles of the plan are thus; you eat different food groups to support your body based around whether you exercise or not.  So if I exercise I can refuel my body with protein plus carbohydrates, but if I don’t exercise I’m still eating lean protein, but with reduced carbohydrate intake.  Booze is a not allowed.

That all made sense to me; I’ve long been a fan of the paleo/hunter gatherer approach to eating and I know I feel better when I don’t stuff my face with carbs.  Sadly though, gone were the tempting recipes that I’d seen on Instagram and in its place was quite a short menu of meals that I feared wouldn’t keep me interested for two weeks, let alone a month.  In addition to this there was a long list of supplements and whey protein to buy, which worked out about £80.  On top of the price already paid I thought this was a bit much, so coupled with my belief that having protein supplements is really for boys and bodybuilders I discounted it as being for me.  It does say that it’s optional.

At this point, I have to say, the words fad diet entered by head.  Still, I carried on and put together my food shopping list and kicked off the exercise side of things, which I have to say is brilliant.  Joe says all you need to do is rev up your heart in short activity bursts of 25-30 seconds intervals, otherwise known as Hiit Training and you’re done in 20 minutes.  This is great.  You really do work up a sweat, can follow him on his YouTube video (you don’t have to have signed up for the plan to view these btw), and it’s done in 20 minutes.  There really is no excuse to get this bit done and I’m a huge fan of Hiit now.

The first two weeks were great.  I kept to it and could see a few pounds had knocked off.  Result.

But then things went wrong.  To put it bluntly I became constipated.  So I got in touch with The Body Coach team and was given a few helpful tips and told to see my doctor if the problem persisted.  The latter of which I thought was a cop out.  I think they could have suggested I send them a diary of what I was eating and check that I wasn’t eating too much of one thing and not enough of the other.  If they were telling me what to eat, surely they should take some responsibility if things weren’t going to plan.  Hey ho!

That problem resolved (I was eating too many eggs!) I carried on, but try as I might real life continued to throw grenades in the pathway to the new me.  A meeting in London here, someone’s birthday drinks there, ten days in Tuscany, my birthday, the list goes on but you can see where I’m heading.  You never realise how social your life is until you can’t be social!  It wasn’t long before I was bouncing back to chubbydom and I haven’t really recovered from it.

You see the thing is there are no cheat moments/hours/days with this diet.  You have to stick to it.  Constantly.  Yes, some people say “I cheated on Saturday night and then did three sets of Hiit (not advised by Joe) on Sunday to make up for it”, but that’s a lot of training.  I’ve read others that have said I did my Hiit when I got home from the last shift, close to midnight.  That’s not real life.  Who can maintain that level of discipline?!

The other thing is once you leave the house you are vulnerable, open to falling off the wagon, because try and find a high protein, low carb meal in a restaurant, or supermarket even.  If you’re eating on the hoof, the choices are slim.  M&S really has come through for me on this subject at times of panic, with their protein bowls that are absolutely delicious, but again there is a choice of two in store, my love of them will dwindle, because the best thing about food is the choice.  That clearly isn’t an option on the plan. 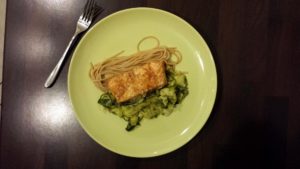 And I’m not the only one struggling.  I have a few friends that have tried out the plan, as of now it hasn’t lived up to the hype unfortunately.  In discussion, yes we get the principles and love the idea, but in reality I’ve yet to see them complete one solid week of the plan without life taking over and scuppering their chances of success.  Meanwhile, I’ve not heard from The Body Coach support team.  Not once.  No-one seems to care how I’m doing.  You’re on your own with this plan, albeit £147 lighter in your purse.

I don’t doubt that if I stop my life, stay close to home, cancel all social and work engagements for 90 days I will look AMAZING!   But I can’t.  That’s not real life.  And that is why Slimming World and Weight Watchers work so well, they get women, they understand our busy, hectic lives and allow for it with diet plans that have a few treats included, so you don’t have to feel guilty and give up.  I wonder if Joe does!

At this point I will add that SP, a keener when it comes to exercise, has been ‘on’ the plan too, as I can’t cook two different meals, and he is the fittest I have ever seen him.  He really does irritate me sometimes.

So if you are getting married or have an event where you want to look your best for, uh, like having your photograph taken in your bikini that you’re going to share with the world, then this plan could be for you.  I’m not convinced that it’s for everyone. I just don’t think we’re all going to realistically pre-fix a slice of cake with a Hiit workout for the rest of our lives.

I’m going on holiday in 10 weeks and would love to look my best and I am thinking about whether I should cancel everything in the diary and give it another go.  But really, where’s the fun in that!